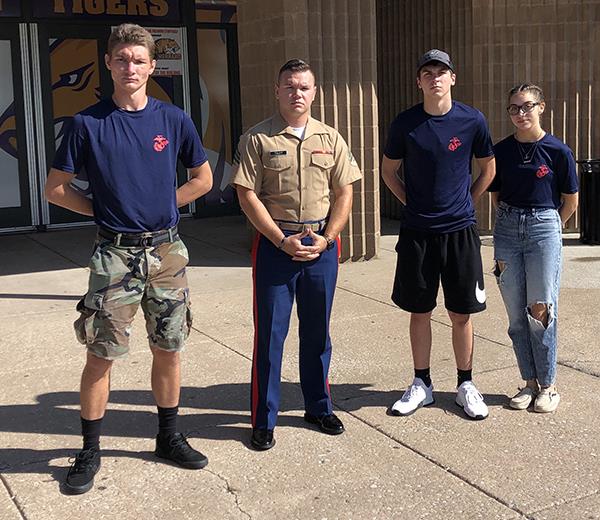 “I think it’s really important we keep trying to protect our country,” said Ericson. She leaves July 11, 2022.
Scott said, “I wanted to fight and make a difference, that’s why I decided infantry.” He ships out June 6, 2022.

“My mom and dad were both in the military, so I knew I wanted to be in the military. I was going to go Army, because I knew I wanted to fight,” said Bradarich. After more research he chose to enlist in the Marines because, “The Marine Corps seemed a little tougher, more of a challenge... and that was that.”
He said the sports programs at Sherrard had an influence on his decision - “I’ve built some grit from cross country and wrestling.”

“I’m definitely excited, I’ll be shipping out July 18 of 2022,” Bradarich said he would go sooner if he could.
Cala Smoldt, Communications Coordinator
smoldtc@sherrard.us